In a virtual conference about the deteriorating human rights situation in Iran, the international community was called to intervene and save the lives of political prisoners. The conference was held days after the execution of the Iranian wrestling champion Navid Afkari, who was arrested during the major Iran protests in 2018. In addition to Navid, the Iranian regime had previously executed another detained protester, Mostafa Salehi in August. The execution of Navid Afkari, despite significant international outcries, shows mullahs have no regard for human rights. Thus, the international community must immediately act, dispatch an international fact-finding mission to visit Iranian prisons, and secure all the political prisoners, particularly those arrested during the Iran protests in 2018 and 2019.

The first speaker and moderator of the event was Hossain Abedini, from NCRI’s UK representative office.

The next speaker of this event was Dr. Matthew Offord, Member of the UK House of Commons. He condemned Navid Afkari’s execution and urged the international community to reimpose sanctions on the mullahs’ regime.

“The regime has been emboldened to continue repressive measures against their people as well as their terrorist activities. I believe the UK government’s plan to endorse the 2015 Iran nuclear deal, formally known as the Joint Comprehensive Plan of Action (JCPOA) was wrong, especially as they did not tie it to Iran’s human rights violations. The accord freed up resources that allowed the regime to fund terrorist groups. In the last few months, we are seeing more actions against the people of Iran as they hold demonstrations against the regime. In the UK, we call on our colleagues and allies to abolish punishment. We also call on other governments to refrain from carrying out capital punishment. We should put pressure on the government in Tehran. We should not remove the arms embargo and allow the regime to buy and use arms against their own people and other countries,” said Dr. Offord adding: “I would like to see the UK government and other governments reimpose sanctions on Iran. It’s a disgrace to allow the regime to purchase weapons and give weapons to its proxies. If Iran wants to have any kind of engagement with the West or other countries in the Middle East, it must stop executions and crackdown on its people, and stop its terrorist activities.”

The next speaker of the event was MP Steve McCabe.

“The brutal and secret execution of Navid Afkari gives us a sense of what is happening in Iran. There must be worries for dozens of political prisoners who might be wondering if a similar fate is awaiting them. But prisoners in different prisons of Iran are writing letters and protesting the execution of Navid,” said McCabe adding:

“So, if the goal of the regime is to cow the population by executing Navid, it doesn’t seem to be working as they expected. Navid was forced to confess in the most brutal fashion. It is obvious that the regime has decided to defy the international community and is deaf to what the world is saying. I have always been in favor of having dialog to improve a situation. But I have long come to the conclusion that we can’t sustain the pretense of having diplomatic relations with the regime. They have no respect for the rule of law and the norms of diplomacy. It is not enough to condemn their actions, to condemn what is happening in Iran. It is time to toughen up the response. We should argue that the arms embargo needs to be reinforced. If we want the Middle East to be on a permanent war footing, proxy wars to continue, then the way to do that is to make it easy for Iran to get their hands on more weapons”.

While urging western powers to take serious actions against the Iranian regime’s human rights violations and terrorism Mr. McCabe said: “It is time for the UN to demand there be an investigation of what happened in the 1988 massacre. You cannot let them get away with impunity. We need to address this responsibly. A UN team must be able to visit the prisons in Iran and examine the conditions of prisoners. It is time to consider more serious consequences. This includes expelling Iranian diplomats, even the ambassadors, and closing embassies and ending diplomatic relations.”

Dr. Alejo Vidal Quadras, former Vice President of European Parliament, was the next speaker of the conference, who urged the international community to “take urgent action to stop the execution of political prisoners in Iran.”

“These executions in Iran are not a matter of general death penalty. It is not enough to condemn death penalty in general. These executions are of a political character. They are killing political prisoners, political opponents. This is a clerical regime that executes people to stay in power. So, it is not the death penalty being applied to ordinary criminal offenders, which still happens in some countries in the world. It is pure terror, and the regime wants to ensure its own survival in this horrible way. This is something European leaders must understand. This is terrorizing citizens. If they do not understand this, they don’t understand the nature of this situation,” he added.

While underlining this fact, that silence and inaction vis-à-vis the Iranian regime’s human rights violations has emboldened this regime, Dr. Vidal Quadras said: “The execution of Navid Afkari was not condemned by the European Union as a deliberate political execution. It was condemned as a death penalty in general. This is weak and allows the regime to continue such executions. European leaders must understand that silence and inaction is—and this is hard to say—complicity with these executions. The regime does not respond to weak condemnations.”

“Regarding the massacre of political prisoners in 1988, this shows the consequences of silence against crimes against humanity. Many of the perpetrators of that crime are alive and in top positions in power, including the chief of the judiciary. They are living in absolute impunity. They have not been held accountable for these crimes. It’s time to call for an international investigation into this crime. This issue must be referred to the UN General Assembly and an independent investigation must be launched,” he added, referring to the 1988 massacre of over 30,000 political prisoners.

“It is time for strong, tangible and effective action. It’s time for the European governments to shut down Iranian embassies in their 27 capitals. These are not diplomatic offices.

They’re centers of espionage. It’s time to send a strong signal to the regime to stop doing these things. The least thing EU governments should do is to summon Iran’s ambassadors and apart from condemning these executions, to warn them that if the executions will go on, there will be severe consequences, economic and political sanctions. This is the least they can do,” Dr. Vidal Quadras concluded.

Tahar Boumedra, former chief of the Human Rights Office of the UN Assistance Mission for Iraq (UNAMI) and a legal expert, was the next panelist during the Iranian opposition conference focusing on Iran’s human rights violations. 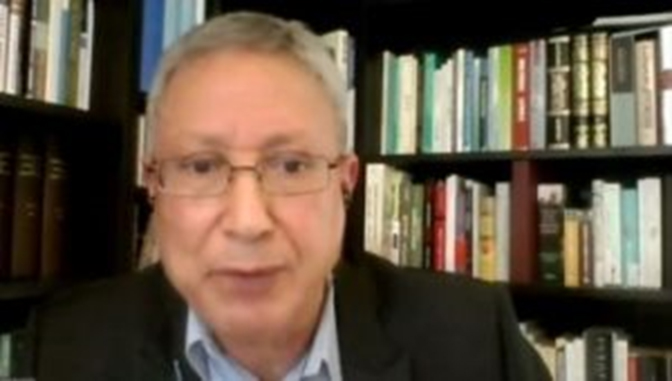 “They said that the latest death sentences handed down in the context of protests in 2018 and 2019 seem to aim to be a warning to the people. This is not only a matter of domestic concern, they said, and called on the international community to act strongly. They said they are appalled that the tortures were not investigated, as well as the broadcasting of the forced confessions of Afkari,” Mr. Boumedra added.

While recalling of the Iranian regime’s hasty burial of Navid Afkari after his execution in fear of a possible uprising, Mr. Boumedra said: “They buried him at night without allowing his family to hold a funeral, because they feared that it would spark further protests. It is common practice in Iran today to torture political prisoners to extract confessions. These confessions are not admissible in legal systems, but the regime accepts forced confessions as a means to condemn political prisoners. This is what the special rapporteurs are calling against. But we know their voices are not often heard. They are banned from visiting Iran and the UN seems to consider the situation as being under control”

“We have a track record of the behavior of the judicial officials in Iran where through kangaroo trials they executed political prisoners in 1988. Men, women, and even children were subjected to this torture. It is time for change to come to Iran. The current legal and judicial system in Iran must be abandoned if the Iranian regime wants to join the UN,” he added, recalling the 1988 massacre and how the international community’s silence has allowed the mullahs’ regime to enjoy impunity and continue its human rights violations.

“We know with documents that a number of political prisoners are currently on death row and in danger of being executed. If no serious measure is taken, there will be a massive loss of life. It is the responsibility of the international community to say no, it must stop. It is time for the UN to take action. However, the UN as you know is always the voice of its members. And for this reason, I would like to mention that the governments of the EU and UK must uphold the doctrine of human rights, by which any cooperation and association is subject to human rights. No relations, no economic exchange with a brutal regime that uses all means of suppression against its own people,” he added.

“Action must be taken immediately to save lives. The UN must not be expected to take action. It’s up to the governments, especially the EU and UK, to take action, to stop closing their rights on human rights for commercial gain. The UN must stop recommending action. The matter has to be referred to the UN Security Council to take firm action,” Mr. Boumedra concluded.

The last speaker of this event was Former Finnish MP Kimmo Sasi. 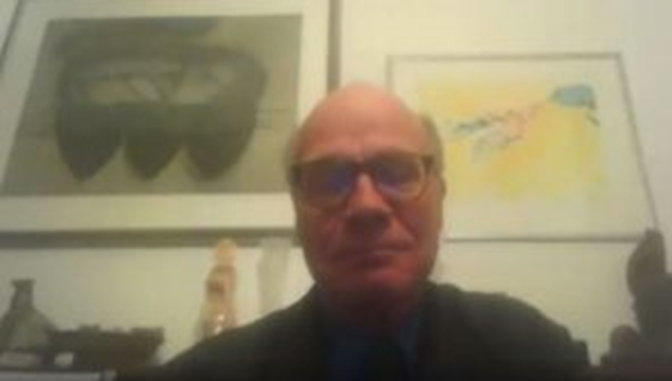 “Navid Afkari was murdered for participating in anti-regime protests despite calls on the regime to refrain from the international community. There are currently several dozen political prisoners on death row in Iran. Amnesty International has warned that the human rights situation has deteriorated in Iran,” Mr. Sasi said adding:

“The corruption in Iran is very serious and has led to the downfall of the economy. Foreign companies do not want to trade with Iran because of the corruption. Iran’s leaders are afraid of their own fate, which translates to more brutal action at home to protect their own interests.”

Mr. Sasi urged the EU to “look the truth in the eye and put sanctions on Iran.” “The EU has high hopes for the nuclear deal, but they’re misplaced. Iran is breaking the essential policies of the nuclear deal. They must put human rights first, and all other things second. The EU must be a community of human rights,” he added.

“The UK was the country that held up against Adolf Hitler. The leadership in Iran is no different from Adolf Hitler. The UK must stand against Iran. We need punitive actions. And of course, it makes no sense that arms are sold to Iran. The leaders of Iran must know that human rights violations have consequences.” Mr. Sasi concluded.