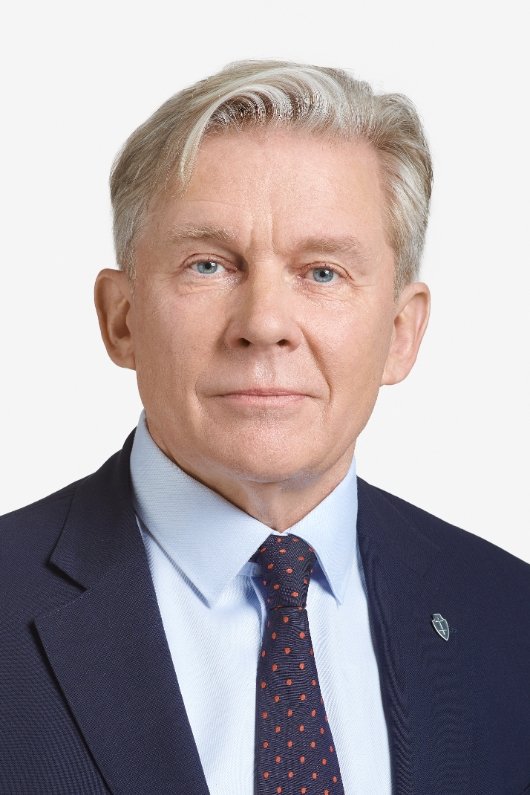 Good evening, everybody, esteemed colleagues, Iranian freedom fighters, especially those who are speaking from Iran. I know it needs a lot of courage and it’s a huge risk. A lot has been said today about the situation in Iran and I don’t want to repeat about a person who has been appointed as a president and who was involved in a very serious crime against humanity. I want to talk about some, let’s say, attitudes towards the events in Iran in Europe. Today, we hear talks about the possibility that the United States sanctions are removed as a part of revival of nuclear code. And it’s warmly supported by some EU member states, such as France, and Germany. We can’t just imagine how tempting it would be for the mullahs regime to use oil revenues to fund his economic and military goals and to strengthen the internal pressure apparatus. But even in this difficult situation, at home, it should be clear that Raisi is not prepared to compromise on nuclear talks. And in his first interview, the media has made it clear that it is Ravesh who should make all the side concessions.

Nevertheless, the question remains, even if he did take a step to compromise on issues, like nuclear ballistic missiles, destabilizing activities and variation, the question remains– should Europe turn its back to its democratic human rights principles and a whole dialogue with a man who is a criminal against humanity? I’m sure that no. The EU has not sanctioned any Iranian for human rights violations since 2013. But when the deal on Iran’s nuclear program was reached, despite major abuses, such as those detailed in the United Nations report released this March, the EU has several times condemned the death around for human rights violations, including execution by hanging of dissidents, such as journalist Ruhollah Zam last December.

Just in April 2021, after eight years of silence, the European Parliament voted to impose sanctions on Iran in the framework of a new global human rights sanctions regime, so called the Magnitsky act, established by the Council of Ministers in December. The council then decided to extend its restrictive measures responding to serious human rights violations in Iran until 14th April 2022, adding eight persons and free entities to the sanctions list in view of a role in the violent response to the November 2019 demonstrations in Iran. This modest list now comprises a total of 89 individuals and four entities. They are colleagues. We cannot forget with whom we are dealing. Iran is after China, the country that persecutes the opposition by using capital execution, where they execute sportsmen, journalists, and even miners in large numbers. The case of Swedish Iranian national Ahmad Reza Jalali is just one more example of the regime’s brutality.

The EU Parliament last Wednesday passed the resolution demanding Jalali’s immediate release, also urging the sanctions being imposed on Iranian regime officials for imprisonment and executions of EU nationals. I’m personally glad that the EU parliament called on the European Council, I’m quoting, “To consider further targeted sanctions, including freezing the assets of the Iranian regime officials and entities involved in the arbitrary detention and sentencing to death of EU nationals, including in the event of Ahmad Reza Jalali’s continued detention, either using the current EU human rights sanctions regime against Iran or a US global human rights sanctions regime.” This is very important but it’s not enough, as the resolution against the Iranian regime’s human rights violation, unfortunately, is not binding.

In the end, I just want to express my sincere support to the Slovenian Prime Minister Jansa, later supported by Senator Lieberman. We have to push for President Raisi to be investigated by International Court of Justice for crimes against humanity, including murder, forced disappearance, and torture.

One might say that we as Europeans have no other choice, but to talk with him, as we have no other internal loquitur in Iran, but actually there’s someone to whom we can talk. If we stand on the side of Iranian people who have boycotted the recent presidential elections, and do not want Raisi as their president, then we will see that Iran has a democratic alternative, the National Council of Resistance of Iran. Let us stand with them and the people of Iran, and let us force this theocratic dictatorship to understand that Europe will not turn a blind eye to the crimes committed by this regime, and particularly by Raisi.

One might say that we as Lithuanians are far away from Iran, and could not understand Iranian people’s wishes. Believe me, we do, because Lithuania just 30 years ago returned back its freedom from communist dictatorship, from oppressions, from the tortures, from deportees. And we know what it means to live in bondage.

Once again, I wish Iranian people all the best. And please know Lithuania will always stand with you in the same way as we now stand with the democratic declaration opposition, as we stand today with the Russian democratic opposition. Thank you for your kind attention.