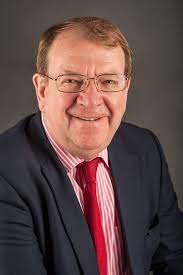 Ebrahim Raisi, the president elect of Iran pulling a sham election is due to take up his office in August. According to the Tehran Times, he may make Scotland his first international destination as President. Raisi has apparently been invited to attend The COP 26 UN Climate Change Conference in Glasgow from 31st October to 12th November of this year. The talks will bring together heads of state, climate experts, and campaigners to agree coordinated action to tackle climate change. 200 world leaders and more than 30,000 delegates are expected to attend. But as we all know, Raisi is on the US sanctions list for serial human rights violations. He is a murderer and a perpetrator of genocide, who was openly boasted of his role as a member of the death commission, which oversaw the massacre of more than 30,000 political prisoners in the summer of 1988. Most of those executed, including many teenagers, and even pregnant women, were supporters of the main opposition Mujahadeen-e-Khalq (MEK).

Raisi was until his elevation to the presidency Chief of Iran’s judiciary, where he was able to indulge his expertise as a mass executioner. He has directed the hanging of 251 people in 2019, 267 people in 2020, and scores of executions so far in 2021. According to eyewitness survivors, Raisi often supervise the torture of men and women, and then personally attended their execution. Agnes Callamard, the Secretary General of Amnesty International, has called for Raisi to be investigated for crimes against humanity and for his involvement in murder, and forced disappearance and torture.

Now, I want to make it clear today that Raisi is not welcome in Scotland. The Scottish people do not like mass murderers. I’m calling the UK government who are hosting the summit and the Scottish Government to ban Raisi’s entry to the UK. He is a pariah president of a pariah state, and he should be treated as such. The last mass murderer who came to Scotland was Hitler’s Deputy Rudolf Hess. He flew to Scotland in 1941 and was immediately arrested and spent the rest of his life in prison. Raisi should take note. He will be held accountable for his crimes. There can be no impunity for mass murder and genocide.