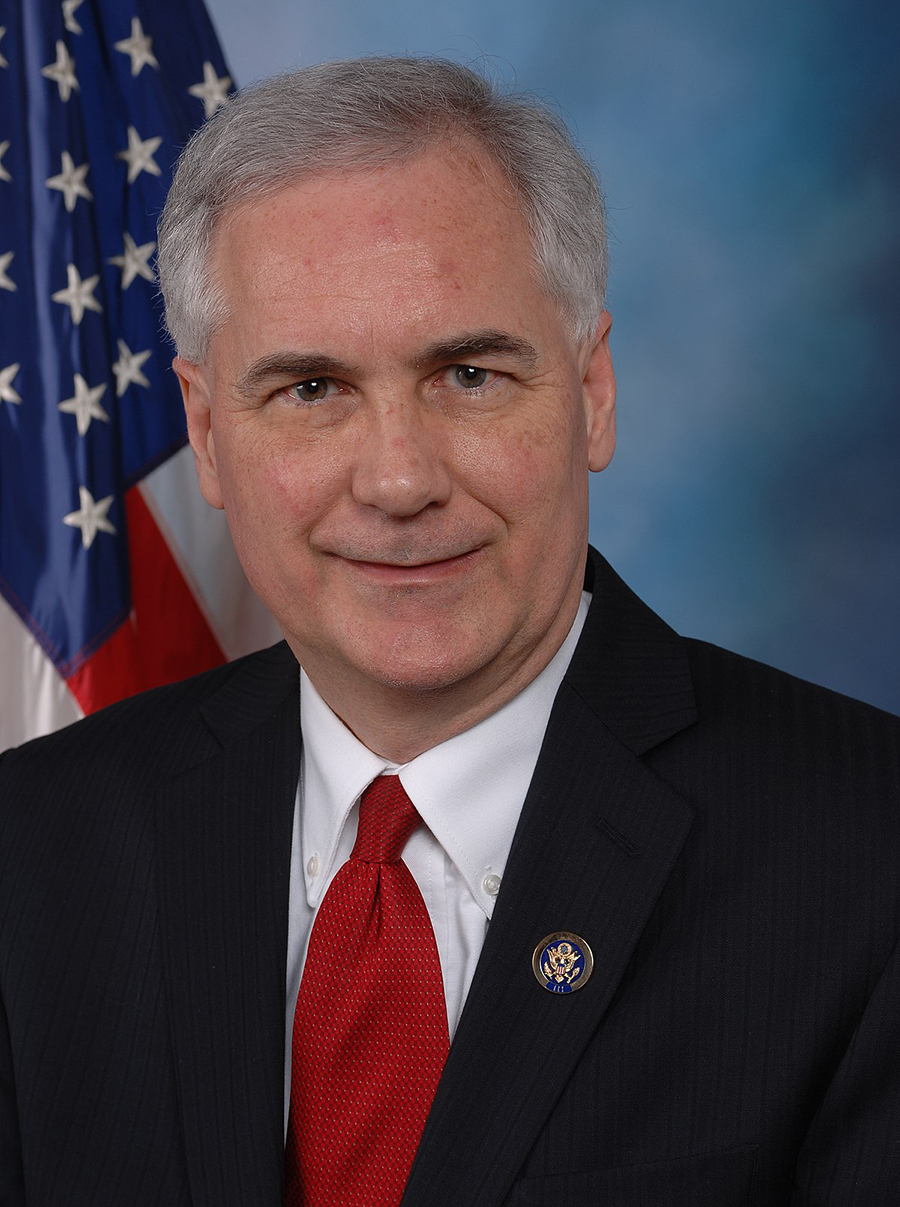 Congressman Tom McClintock, Member of the US House of Representatives since 2009

Hi everybody. I’m Congressman Tom McClintock of California.
America has just celebrated the 245th anniversary of our Independence from a tyrannical king who trampled on the fundamental right to life, liberty and the pursuit of happiness that is the birthright of every human being. We look upon July 4, 1776 as the day we took back our freedom, our dignity, and our future.
I believe such a day is fast approaching for the people of Iran, and that centuries from now, a free, prosperous and happy nation will look back to you – to each of you in this convention today – and to so many more fighting for Iran’s destiny at home and abroad – with the same gratitude and thanksgiving and reverence that Americans look back on our founding freedom fighters.

We call it the “Spirit of ‘76”, the compelling desire and will to throw off the bonds of tyranny and secure for our children the blessings of liberty. Nowhere in the world today is that Spirit of 76 stronger than it is right here and right now. You can see it – you can feel it – in the many rounds of protests in over 100 cities across Iran since 2017. But, if we fail to hold the current regime to account, there is no telling what it may decide to do next about those who desire such basic freedoms.
Iran is one of the oldest and greatest civilizations in history, but it has been suppressed and plundered by a clique of theocratic thugs that comprise the illegitimate Iranian government. In past eras, the Iranian people have known the happiness and prosperity that freedom makes possible and are now seeking to reclaim it.
This is why I am pleased to announce today that 249 members of the United States House of Representatives – A solid majority of the entire House and made up of Republicans and Democrats — have co-sponsored House Resolution 118 – Expressing support for the Iranian people’s desire for a democratic, secular, and non-nuclear republic of Iran and condemning the violations of human rights and state sponsored terrorism by the Iranian Government.
I have written to President Biden to call attention to this resolution and urge his Administration that the United States must hold Iran’s corrupt regime accountable for its crimes against its people and its continued sponsorship of global terrorism.

Recently, the Biden Administration has considered reentering the disastrous nuclear deal that lifted sanctions against the world’s largest sponsor of global terrorism and allowed it to develop nuclear weapons with no meaningful oversight. Thankfully, the Iranian people have resisted nuclear adventurism and have pushed for a non-nuclear country. It was the Iranian resistance that first blew the lid on the regime’s illegal nuclear sites and weapons programs. These are realities entrenched in the Iranian people’s psyche and stamped with their countless sacrifices in over a century of struggle for a secular, representative democracy.
This resolution conveys the sense of an overwhelming majority of Congress that Iranian rulers must be held accountable for their unrelenting destructive behavior and that the United States must pursue a clear eyed and fact-based policy approach to dealing with the Iranian regime. H.Res.118 emphasizes that the world stands with the freedom fighters of Iran and against the tyrannical rulers who have devastated the country and the Middle East through terrorism and brutality.

This House resolution comes ahead of the recent election of Iran’s new President, Ebrahim Raisi, a criminal who has committed egregious human rights violations against political opponents, journalists, and anyone else who dares to oppose him. According to Amnesty International and Human Rights Watch, Raisi was part of the four-member “death commission” responsible for the 1988 massacre where as many as 30,000 political prisoners were murdered, most of whom were involved with the Iranian opposition movement.

To date, the Iranian government continues to deny this atrocity and still frequently calls upon the Revolutionary Guard to wage violence against peaceful protesters and political dissidents, which is why our resolution acknowledges this massacre and calls for long overdue accountability of current senior Iranian officials who sanctioned this death committee.

H.Res.118 details a picture that many in the global community have come to refer to as “an ongoing crime against humanity” in Iran – where thousands are regularly and arbitrarily detained, tortured, assaulted and murdered without due process of law or regards for their God given, inalienable rights.

Although, as the Iranian regime has become more oppressive and extreme, the international resistance to them has become stronger and more resolute. The more the story of Iran is told, of its proud ancient heritage of freedom and civilization, and of its current curse of despotism and terror, the more the world has rallied to its cause.

It is becoming increasingly evident that Iran’s rulers are beginning to fear this resistance. During the massive opposition protests in late 2018, authorities shut down the internet for more than a week to suppress information about the protests and related state violence. When silencing protesters wasn’t enough for them, they killed them in the streets.

Despite domestic and international acknowledgement of Iran’s oppression, the regime has remained intent on provocation and destabilization. They attack foreign oil tankers in the Strait of Hormuz and continue using embassies as fronts to plot terrorism.

This regime has made clear that it intends to break any agreement, tell any lie, and commit any atrocity to obtain nuclear weapons and once acquired, to use them against peaceful countries throughout the world. Short of a devastating war, the only thing that will stop them is the Iranian people rising up to overthrow them.
So you are not only fighting for the freedom of Iran, you are fighting for peace throughout the world.

When America won its freedom 245 years ago, one of our Founders, John Adams, said, “Whatever may be our fate, be assured that this declaration will stand. It may cost treasure. It may cost blood. But it will stand. And it will richly compensate for both. Through the thick gloom of the present, I can see the brightness of the future as the sun in heaven. We shall make this a glorious day – an immortal day. When we are in our graves, our children will honor it…On its annual return, they will shed tears…not for subjugation and slavery … but of exultation, gratitude and joy.”

Such a day will dawn – and dawn soon – for the Iranian people, who will look back through the generations to the struggle that each of you are now waging. They will know that it was your sacrifices that reclaimed their birthright to liberty, prosperity, and happiness. Let us strive to see that day.