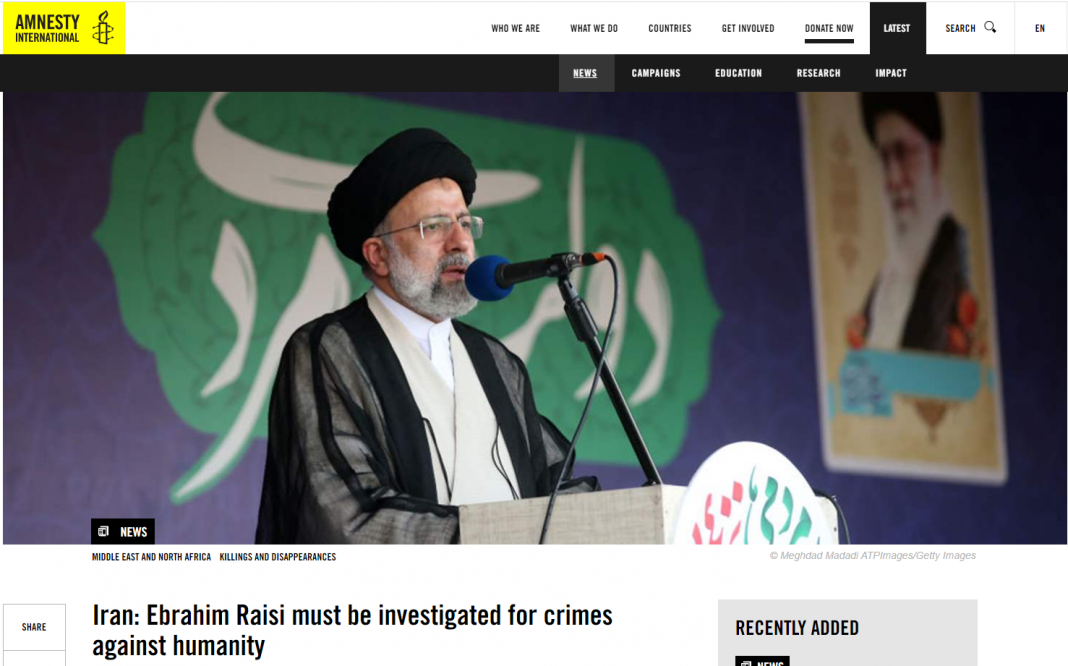 “That Ebrahim Raisi has risen to the presidency instead of being investigated for the crimes against humanity of murder, enforced disappearance and torture, is a grim reminder that impunity reigns supreme in Iran. In 2018, our organization documented how Ebrahim Raisi had been a member of the ‘death commission’ which forcibly disappeared and extrajudicially executed in secret thousands of political dissidents in Evin and Gohardasht prisons near Tehran in 1988. The circumstances surrounding the fate of the victims and the whereabouts of their bodies are, to this day, systematically concealed by the Iranian authorities, amounting to ongoing crimes against humanity.

‘As Head of the Iranian Judiciary, Ebrahim Raisi has presided over a spiralling crackdown on human rights which has seen hundreds of peaceful dissidents, human rights defenders and members of persecuted minority groups arbitrarily detained. Under his watch, the judiciary has also granted blanket impunity to government officials and security forces responsible for unlawfully killing hundreds of men, women and children and subjecting thousands of protesters to mass arrests and at least hundreds to enforced disappearance, and torture and other ill-treatment during and in the aftermath of the nationwide protests of November 2019.

“Ebrahim Raisi’s rise to the presidency follows an electoral process that was conducted in a highly repressive environment and barred women, members of religious minorities and candidates with opposing views from running for office.

“We continue to call for Ebrahim Raisi to be investigated for his involvement in past and ongoing crimes under international law, including by states that exercise universal jurisdiction.

“It is now more urgent than ever for member states of the UN Human Rights Council to take concrete steps to address the crisis of systematic impunity in Iran including by establishing an impartial mechanism to collect and analyse evidence of the most serious crimes under international law committed in Iran to facilitate fair and independent criminal proceedings.”

Statement by Javaid Rehman, Special Rapporteur on the situation of human rights in the Islamic Republic of Iran, at the forty-sixth session of the...