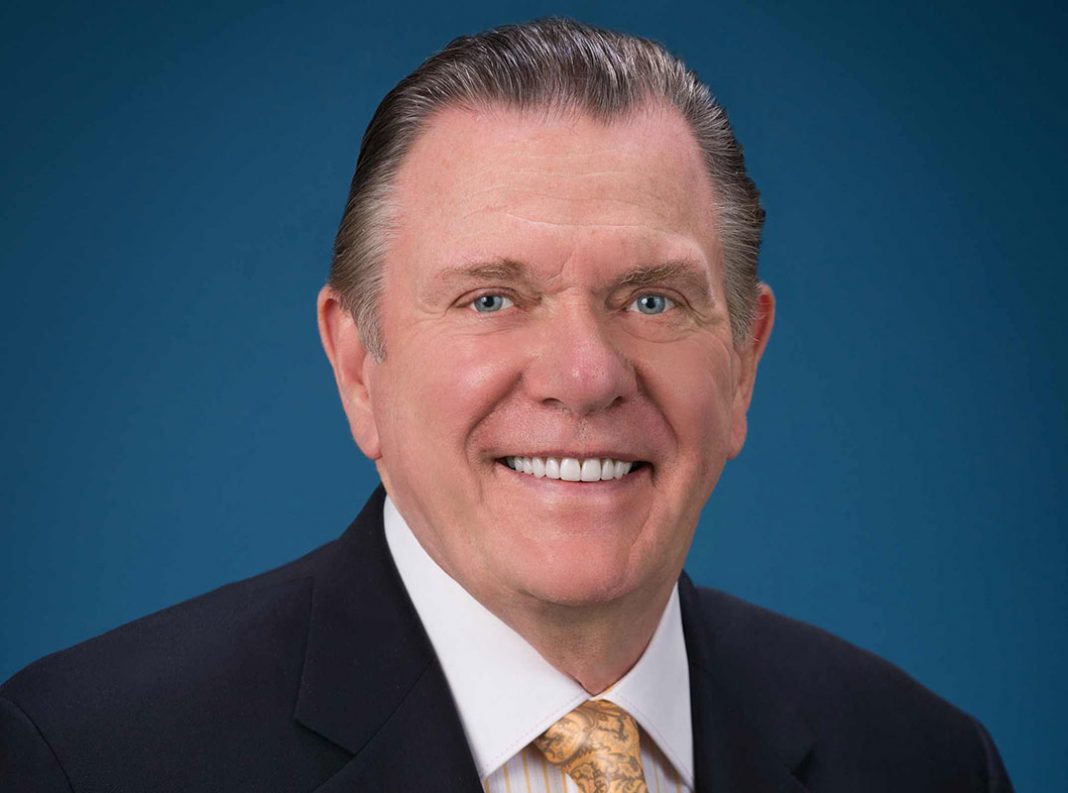 Thank you. It’s a pleasure to be with you, my Iranian friends, once again. I’m so honored to be with the National Council of Resistance of Iran, the MEK, and you’re exceptional, courageous leader Maryam Rajavi. It is so fitting that I’m here before the United States Capitol, the living symbol of the oldest and most prosperous democracy in the world, whose people, Americans, resisted tyranny and authoritarian control, fought and died for their freedom. Now, two hundred and forty six years later, I adjoin my American colleagues in fully supporting your resistance movement, your desire for a free Iran, your willingness under the leadership of Maryam Rajavi to inspire the people of Iran and the people around the world by vividly bringing to the world’s attention the struggle of the Iranian people for their freedom.

The contours of historic change are taking place in the Middle East as Arab nations and Israel normalize relations to stand together against Iran, the major threat to regional stability. Yet nothing changes with the mullahs as the people of Iran are still killed in the streets, imprisoned and tortured. While Iran’s proxy since January have conducted almost 30 attacks against U.S. forces in Iraq attacks Saudi Arabia and Israel with thousands of rockets and missiles, and continue to destabilize the Middle East by prosecuting the civil wars in Yemen and in Syria.

And of course, now in another sham Iranian election where the supreme leader selects the candidates can run in the election and also preselects the winner. Now, Abraham Raisi, a mass murderer condemned internationally for killing and imprisoning his own people. Iran has removed the phony pretense of appointing presidents who are willing to collaborate with the international community and improve life at home for the Iranian people. We know Raisi and we know full well what he and the mullahs will do, crack down hard on any resistance to the regime, prosecute the Iranian proxy wars to dominate and control the Middle East, and continue to pursue the development of nuclear weapons with the ballistic missiles to deliver them throughout the Middle East and Europe.

We are entering a very dangerous and precarious time as the Biden administration, pursuing a policy of appeasement and accommodation, fully intends to renew the original nuclear deal of twenty fifteen. That deal was opposed by the Arab states and Israel because it provided a clear pathway to a nuclear weapon as opposed to prohibiting nuclear weapons and granting the mullahs a one hundred and forty billion dollar windfall to pursue their foreign wars and terrorism at the expense, as we know, of the quality of life of the Iranian people.

In the six years since the signing of the deal, Iran did not become a responsible and accountable nation in the international community, which was the original intent after providing Iran the misguided legitimacy of an international agreement. The government in Yemen, friendly to the United States and our allies, was toppled by Iranian proxies, the Houthis, the very year the deal was signed, Iran’s aggression in Syria, Iraq and the attacks against U.S. troops, Israel and Saudi Arabia increased.

Iran just over a year ago killed over fifteen hundred of the Iranian people and imprisoned over 12000 protesters. How can the Biden administration be so foolish and irresponsible to repeat the same blunder again? The Biden administration and their European allies refuse to accept the truth. What Israel, the Arab states and the Iranian people know that Iran will pursue a nuclear weapon in secret regardless of any deal and in order to preserve their regime. The Israelis prove that when they captured classified documents on the Iranian nuclear program back in January, 2018 in Tehran.

Iran is relentless in its desire to acquire nuclear weapons, removing the comprehensive sanctions. Of the Trump administration, by entering into another nuclear deal, will enable Iran to fuel their proxy wars and embolden them in silencing people who resist the regime, the United States must once and for all abandon the idea of appeasing Iran and that Iran can be trusted to change its behavior. Curbing Iran’s aggression, prohibiting ballistic missile development and gaining access to the dozen secret nuclear sites are not even part of the ongoing negotiations.

How awful is that? What this harsh reality implies is that Iran is on its way to a nuclear weapon and to even more destabilization of the Middle East. Three actions to counter this trajectory, a recommended one to continue to strengthen the Arab and Israeli coalition against the Iranian regime. The United States should continue its military assistance program to its Arab allies and Israel to the United States must be clear, as President Biden was last week when he said, quote, Iran will not acquire a nuclear weapon on my watch, unquote, which means the mullahs need to be stopped by force if necessary, and the military option must be back on the table.

It also means to assist Israel with added military capabilities to conduct conventional and unconventional operations against Iran’s nuclear enterprise. The purpose is not conflict. But to deter Iran with a threat, with a credible use of the potential of a military option and third side with the Iranian people and their resistance movement who want a secular republic based on democratic values to include free and fair elections, freedom of speech and minority rights. The people of Iran recognize that the mullahs are back on their heels.

The regime is much weaker, more vulnerable, largely defensive and more isolated than ever. The Iranian people see and feel the momentum gaining against the mullahs. The Iranian people know full well that they are the point of the spear. The Iranian people know they are the pathway to regime change. Not only were they in the streets demonstrating against the regime, risking their very lives, but they are part of the espionage and sabotage campaign that has resulted in dozens of explosions and fires at plants and regime facilities to include an advanced centrifuge nuclear plant, and a missile production facility.
The United States and the international community are with the Iranian people in their struggle for regime change and freedom, we in the United States are inspired by the Iranian People’s rare courage and by Maryam Rajavi leadership and what she will achieve as president of a free Iran. God bless the American people and God bless the Iranian people. Thank you.