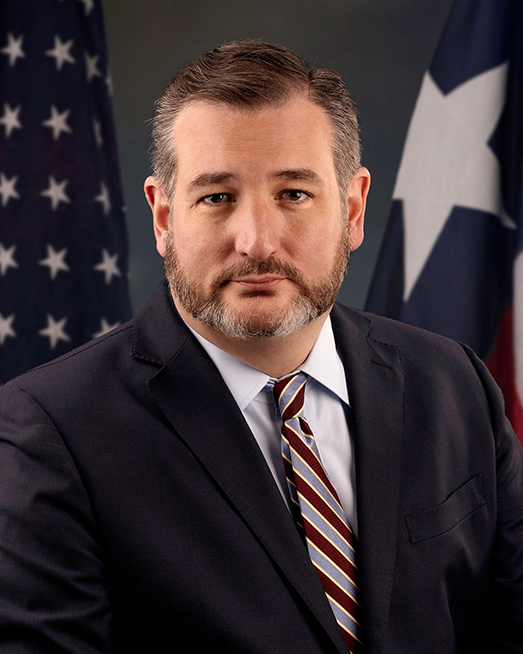 Honorable Senator Ted Cruz, Member of the US Senate since 2013

I’m honored today to address the International Convention for a Free Iran. I know that we are deeply concerned about much of what’s happening in Washington, DC. Where the Biden Administration is rushing to dismantle the sanctions against the Ayatollah Khamenei and the mullahs. The Iranian regime’s malign activities are well known:
Missile proliferation, seeking the destruction of America and our allies including Israel, creating terror states within states in Iraq, in Yemen, in Lebanon.
Flooding the Assad regime in Syria.
Funding and directing terrorism across the globe and of course inside Iran, over and over again, committing unthinkable human rights atrocities.
When we are talking about the future of Iran, it is my belief we need to collapse the regime. This used to be a very straight forward and broadly accepted idea.
But six years ago, President Obama entered the United States into the catastrophic nuclear agreement with Iran. As you all know, far to well, the deal put the ayatollah on the path to building a nuclear arsenal. A nuclear arsenal that he would be all too happy to use against us and against our allies.
It also reconnected Iran to the global financial system, and flooded the ayatollah with hundreds of billions of dollars in sanctions relief, giving them everything they need to launder vast sums of money across the world for terrorism and proliferation. Along side the deal, they sent 1.7 billion dollars in unmarked cash to the ayatollah as part of a ransom for hostages, because the Obama Administration knew how it would look if they implemented the deal without at least some hostages being released.
I urged president Trump to withdraw from this disastrous deal and he did so. Then he took significant and meaningful steps to reverse course and to impose maximum pressure, diplomatically isolating Iran, including taking out Soleimani, a designated terrorist responsible for the deaths of at least 603 American service men and women.

We are now heading into a dangerous chapter with the Biden Harris Administration. They work actively to undermine the national security gains made in the last 4 years and to reinvigorate the ayatollahs. The administration has shown every sign that it intends to and will embrace and appease the regime.
And we are seeing the fruits of that appeasement in the forms of constant attacks by Iran and by its terrorist armies on American forces and our allies across the middle east. Make no mistake I will continue leading the fight in the senate to hold the Iranian regime accountable for their malign activities. And to return US policy to one of maximum pressure until this evil and despotic regime finally collapses.